Welcome back to another edition of the only blog posts I write lately – amazing book reviews.

This round’s book is called Super Thinking – written by the founder of DuckDuckGo, Gabriel Weinberg and his wife, Lauren McCann. It’s written like a textbook, with a smattering of strategies to elevate your thinking process.

Personally, I really enjoyed it. A bit of information overload at times, but I’d rather feel that way than the opposite. It would be impossible to summarize the entire book, because it’s a bit of a summary itself. Instead, I’d like to cover my 10 favorite super thinking models from the book, why I love them, and how to apply them.

I believe that high achievers are prone to giving up after finding they are not a master of something quickly. We do not like to persist in being bad at things. The Dunning Kruger shows us the confidence vs. experience curve in most endeavors – and should provide great comfort to those of us developing a new skill: 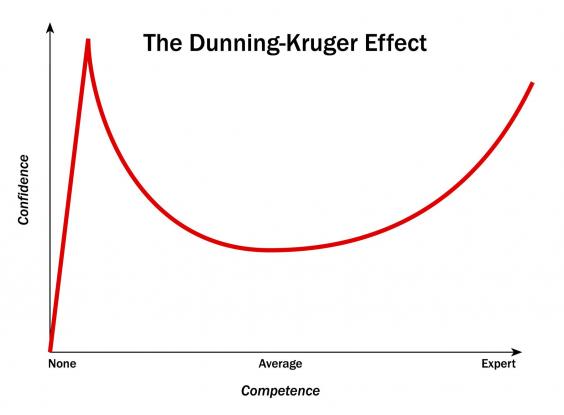 We normally think of skill development going up and to the right, but there are moments when we have sunk time into our development and feel “I have no idea what I’m doing” – almost to the point where we know less than when we first started! This is normal. It’s part of the journey to mastery. As I learn to code, I will keep thanking Dunning + Kruger for their insights.

I majored in economics in college, and worked at Goldman Sachs for 2 years, so I should be no stranger to these. But as this book taught me, we tend to ‘go with our gut’ too often. For making big decisions, like whether or not I should invest my time and energy into building a Shopify App (which I am considering), a data-driven framework is best.

I like both the Cost Benefit Analysis (CBA) and pro-con list with scoring. We know what a pro-con list is, but to take this idea further, we should assign an impact score to each item. Something like buying a new car…Pro: I will be cooler. Impact, from 1-10, 2. Con: I will spend an extra $500 per month. Impact: 5. It is important to augment the pro-con list with the relative value of each item, as they are not created equal. In this way, we can compare the score of our Pro’s vs. our Con’s.

In framing my business decisions, I’m going to try to use a CBA to achieve the same results. Invariably, there are costs associated with building a Shopify app. For the last few weeks, I haven’t made any attempt (lol) to quantity them. If did, I would start with the MVP costs: 20 hours of development, 10 hours of marketing, $500 in technology services, 5 hours of direct sales/referral conversations. And my potential benefits: feeling of gratification of embarking on a business, $500 per month per client, opening doors to help Shopify Entrepreneurs I know. Even as I write this list, I feel myself leaning to one side… 🙂

To extend our CBA, we should run a sensitivity analysis. The goal here is to identify any single factor that as outsized impact on situation as a whole.

For example, business plans can often fall apart, if we lose the lynchpin person – the stud manager who would lead the newly formed team. My favorite example of this is from The Office, when Josh leaves Dunder-Mifflin for Staples at the last minute, just as they’d planned an entire Northeast region consolidation around him.

How do you decide what to do? I still think I’m average at this. At Goldman, I worked on a trading floor. Everything is urgent, nothing lasts beyond 1 day. There is literally not 1 project that I worked on that took me more than a few hours in my time there. It’s incredibly easy to know what to do, but not necessarily to do it. 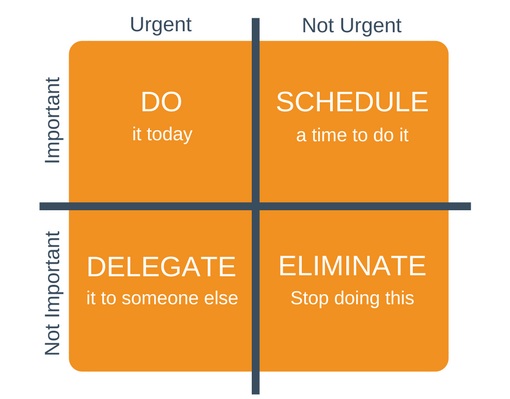 Personally, I want to improve at addressing urgent, but not important tasks. I get a ton of those at Perfect Keto. Sometimes, I just can’t help myself … and I fix them right away. But then I don’t chip away at the glaciers – the big dogs of moving that business forward. BE RELENTLESS in attacking important tasks above all else. I’m talking to you as much as I am to myself.

If you know what making decisions from First Principles means, the Cargo Cult is the opposite. It is the act of seeing a trend, and imitating the trend without knowing why or properly how. You see a lot of companies using AI in their products, you try to embed AI in yours. You see blockchain everywhere, you want to start blockchain for X. The blockchain one we see a lot, though it is calming down haha.

I still don’t have my first principles fully ironed out in the way Ray Dahlio does, but I do believe that when you’re part of a project, you must own that project. Part of ownership means understanding why you’re doing things. Don’t execute a marketing campaign because your boss says so. Uncover the goal, the relative advantage of this campaign vs. others, why the timing is right, all pertinent factors.

This harkens back to last review, from Difficult Conversations. But I applied it today, and I do most days, so it makes the list. This is my new default approach when trying to understand someone else’s perspective. First, what is Hanlon’s Razor? “Never attribute to malice that which is adequately explained by stupidity.” Second, the third story – when observing an interaction between yourself and someone else, try to pretend you’re a neutral observer, and take their perspective.

Perfect example is my friend planning our NYC vacation. He recently had to increase the price person because someone dropped out. My immediate gutcheck was like – is this amount per person right? Is this fair? And then I said ok…chill. Is Michael a good guy? Yes. Is he honest? Yes. Was is a bad move to invite that person in the first place? Sure. But did he do it to screw all of us over? Definitely not.

We always give ourselves the benefit of the doubt, yet with others, even those we trust, somehow we don’t. If I can improve on this, I think I can be a much better friend. Ultimately, asking those questions to Michael is just rude. What’s another $20? Big deal. I make tons! Just kidding. But it’s not worth it to me to imply that he’s being devious, if my biggest upside is $20.

This one struck home so hard! In particular because I despise Goldman Sachs so much, and what they do. More on that here. It states: “Institutions will try to preserve the problem to which they are the solution.” I see much of this in finance. Is the presence of human sales people for massive orders of options benefiting anyone besides Goldman? NO. I also think about this as position bias. If you can’t see how your position is influencing your views, then you’re screwed. Using the Third Story is the way around this. If you can see position bias in others, often illuminating it boosts your argument.

This model examines the motivation of people’s behavior. Are they trying to satisfy some social norm, like being a good person, or a market norm, making more $$? Second, what is the relationship between these two types of motivation? Can they effectively replace one another?

Often times, trying to use a market penalty removes the influence of social norms. The example from the book was about a daycare, who tried to incentivize parents to pick up their kids on time. At first, the only pressure to be on time, was to be on time and be a good parent, as an extension. When the daycare added a penalty fee, the decision shifted from a social/identity question (if I’m late, how does this reflect on me?) to a market question (do I want to pay the late fee?). Yup, you guessed it, way more parents showed up late!

Lesson for me: sometimes it’s better to leave market norms aside. Favors have tremendous value, compensated by dollars or not. In fact, I’d prefer to do things without being paid, as it builds goodwill. I plan to do a lot with the goodwill I’m accruing someday! It’s critical to know in what arena you’re operating, and to do your best not to cross pollenate. Things that threaten our identity, we’ll avoid at all costs! But a few dollars, most of us can stomach.

A cascading failure occurs when a failure in one piece of the system can trigger a chain reaction of failure that cascades through the entire system. The key takeaway from this concept is to examine the interdependence of various systems. Systems thinking can help us get there, but we should zoom out even more, to see how systems interface with one another. The most famous recent example is the 2007/08 entire financial system collapse.

No one predicted that the collapse of the subprime lending marketing market would cascade across all financial markets. Yet, it did. In a sense, failure is contagious in certain situations. And yet – success can also be contagious, which brings us to our next concept—>

The tipping point is the inflection point in a growth curve where growth rapidly accelerates. In Facebook’s case, this might be when they achieved critical mass among college students such that it became a social norm to have a facebook page, and embarrassing not to have one. The point here is that not all periods of growth are created equal. Getting from 1-1,000 users vs. 99,000—>100,000 could mean wildly different things for the next phase of growth.

We can use a party as another colloquial example. When does a party become a party? It’s hard to pin down, but it’s usually somewhere between 8 and 10 people. Then, the existing attendees might recognize the trajectory of the party is getting better, and feel comfortable inviting more people. This effect compounds, more people come, inviting more people and so forth. All of a sudden, the time it took to get from from 0-5 people is the same as 10-30 people. Knowing where a tipping point might occur can inform a more efficient allocation of resources.

Whew, that’s a lot of juicy content. I hope y’all enjoyed it as much as I did.

I think this book deserve a read every 6 months or so. I certainly feel like I need to apply these concepts more in examining my behavior around starting businesses, and what fallacies I’m accepting that prevent me from constantly shipping new things.

Path dependence – I only want to start things that I’ve seen before, based on my work experiences. But I’ve only been in wellness ecom for ~1 year, so I should be more willing to branch out.

Learning to preserve optionality better – I am not locked into anything if I start, but somehow mentally it feels that way.

Finally, the Dunning-Kruger effect for sure. I used to think I was god’s gift to business, but as I started and flamed out in two separate ventures, my confidence waned. But as we said…that’s part of the process!

Yours in wealth and health,